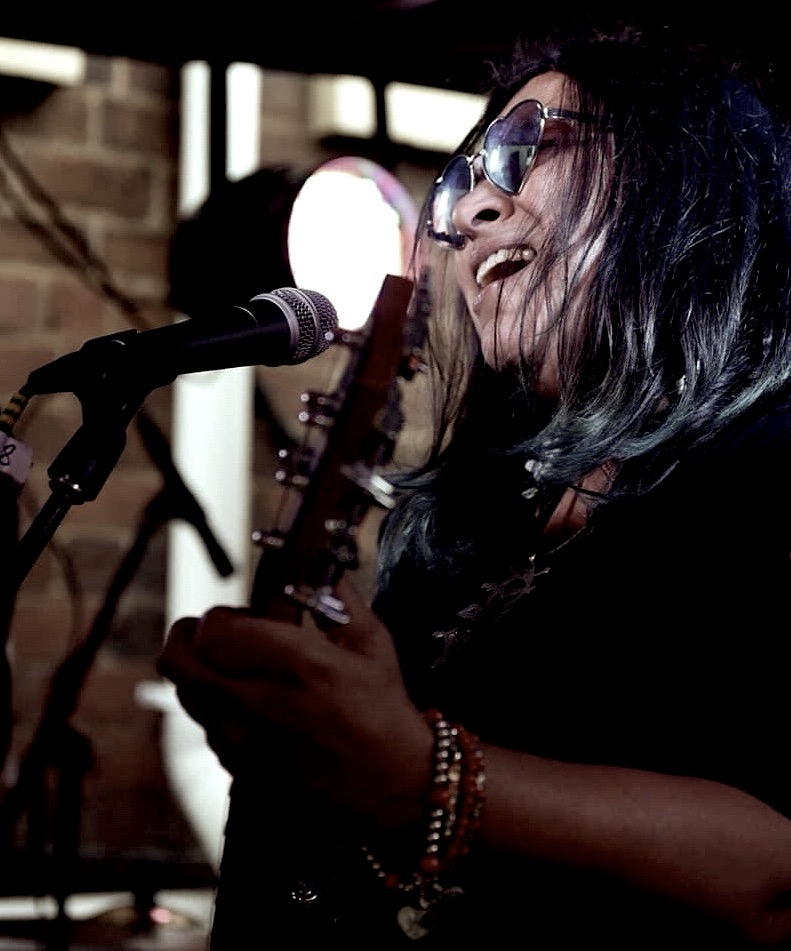 Tasmanian blues act The Sheyana Band have a new single called Soul Sister. The track has already won fans at community radio scoring a top 2 spot on the amrap charts.

‘Soul Sister’ is the second single lifted from the award-winning Big Love which is Sheyana’s sixth album.

Soul Sister is a remix of a track from last years Big Love album, for which they won the Melbourne Blues Appreciation Society’s Victorian & Tasmanian Blues Music Award for Best Emerging Act/Artist of the Year – “The Chris Wilson Award”

Big Love, debuted at No 11 on the Australian Blues and Roots Airplay Charts 2018 and No 1 on the national “Sounds like Cafe” Playlist.

Led by captivating front-woman Sheyana Wijesingha, The Sheyana Band are making waves with live shows and airplay, both on a national and international scene.

Delighting audiences for over two decades, Sheyana has:

• supported artists such as Diesel, Mojo Juju, Ian Moss as a solo act

• supported acts such as The Angels, Renee Geyer, Bill Chambers as a duo act with Scott Mainwaring

• performing as a duo with her daughter Mahlah, supporting Diesel at “Fruits of the Roots 2019. 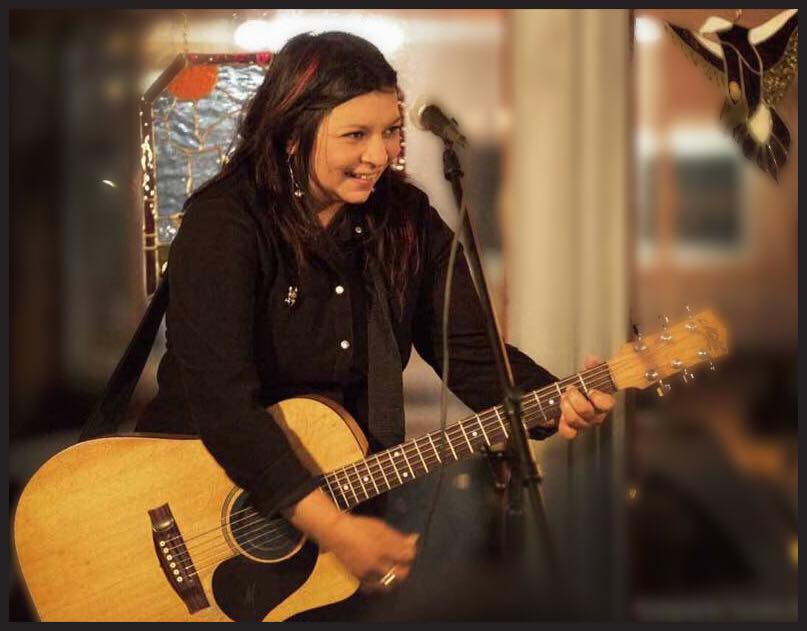 Sheyana is a passionate songwriter with Celtic and Sri Lankan heritage, her rich, sultry tones are heartfelt and her authentic storytelling delivery is engaging; and with the chemistry she has with her talented Tasmanian band, they create an exciting blend of contemporary folk, soul, southern rock and hip swinging blues.

It is not surprising to see that out of this chemistry came the inspiration for their current album, “Big Love”, which is their best work yet. This album was recorded and sound engineered by Al Future at The Chapel in Austin’s Ferry, Tasmania.

Foghorn Records came onboard with the album after hearing some demo tracks.

“A significant milestone of rockin blues and soul felt songs that are both emotive and accessible”.  by Creature Tales 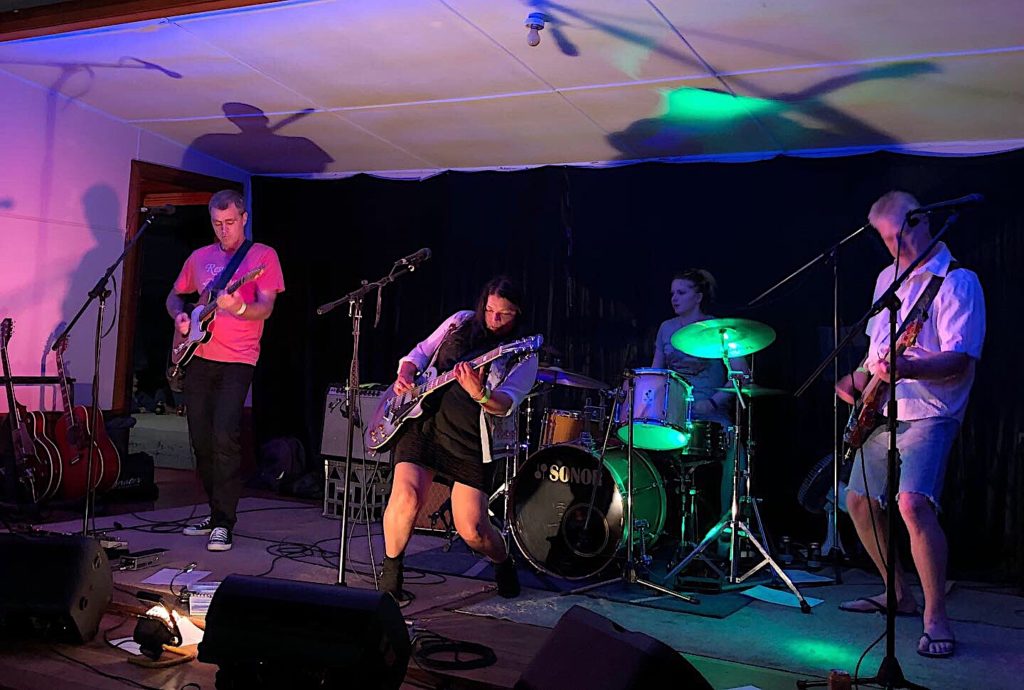 The Sheyana Band deliver an original home-grown array of acoustic riffs, arresting melodies and funky rhythms that meld beautifully producing an honest, warm, and strong soulful sound. Sheyana’s voice is captivating, and her rich tones coupled with deep heart-felt lyrics about love and life’s journeys are performed through authentic narratives that engage and embrace, as Sheyana interacts harmoniously with her music and her audience.

Underpinning her personal history. Born in the UK, Sheyana’s story began when her Tasmanian Mother and Sri Lankan father met on a ship bound for England. At the age of six, Sheyana found a passion for music and a love of poetry, sparked by the sounds of famous rockers, jamming in her neighbourhood in London.

Sheyana migrated to Tasmania with her mother and grandmother and developed an ear for vocals and harmonies at the local chapel, listening to her mother’s family choir. These influences inspired Sheyana to pick up her first guitar at age eight and start writing songs in her teens in Tasmania.

In her late teens, Sheyana left Tasmania as a travelling minstrel which took her on a journey across the east coast of Australia from Tassie to Daintree and back, where she met and made music with other budding songwriters and gained a wealth of experiences along the way. After two years travelling, Sheyana returned to Tasmania and found a place of her own, amidst 50 acres of North- West Tasmanian rainforest. While living close to nature and off the grid, the singer-songwriter became a mother to four beautiful children, all home births, home-schooled and organic gardening always on the menu.

Gathering her experiences, like a fruitful harvest, this pioneering songstress became a prolific songwriter. 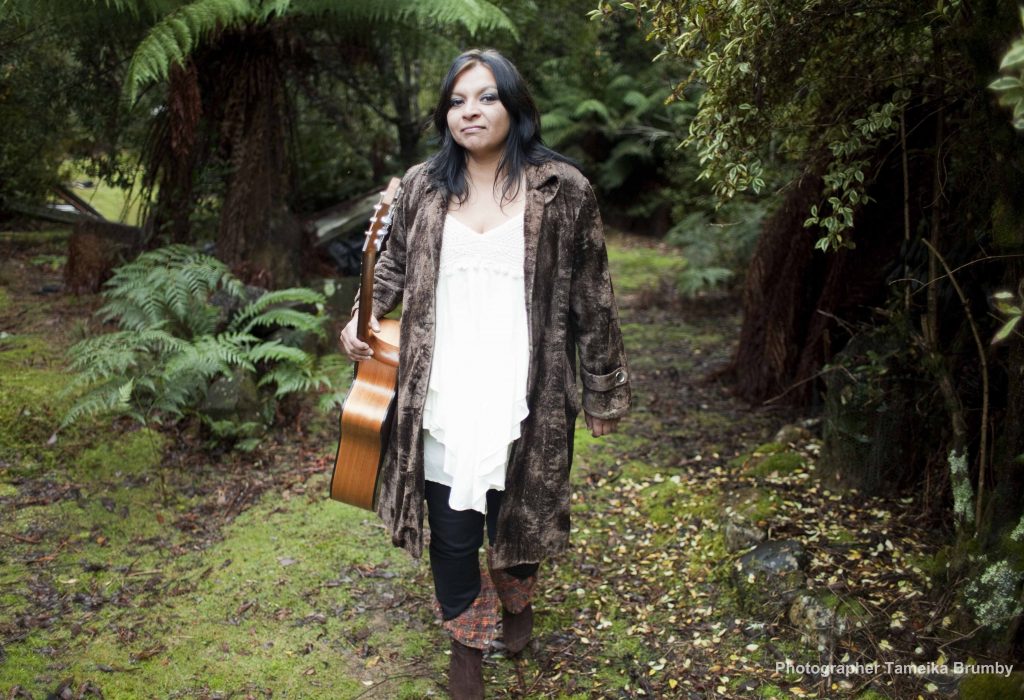 Juggling motherhood and working on the land, Sheyana continued songwriting and joined her first successful band “Big Dilemma” in the late ’90s. They supported Southern Sons and were the first act to record their album “Life’s like That” at Alanvale TAFE in Launceston. Sheyana’s song “Sweet Rain” from this album was selected by Wendy Matthews to be played on 7LA Radio for the opening of Alanvale TAFE.

Another track from the album – Time” by Sheyana, featured on Tasmanian Original Artists compilation CD and was chosen to be the theme song for the Targa Tasmania racing event that year.

Sheyana embarked on her solo career and success came when Sheyana’s song, Wash me in the water, was selected for the Australian Women’s Singer-Songwriters Compilation CD, Bloomers by Roadshow Warner. This success kicked off Sheyana’s career, leading to her first album, ‘Firehorse’ being recorded, in the old-style fashion on good old real to reel. However, this success was to continue.

In 2005, Sheyana teamed up with former Pale Rider’s guitarist and winner of National best Blues Act, Scott Mainwaring and created a musical partnership that led to producing the award-winning album Sweet Honesty. The single Two Birds lifted from this album won Sheyana the OzSong International Songwriting Award in 2010. In addition, Two Birds was also nominated in the finals for the ABC Songwriting FreshAir Competition.

Not only performing as a duet, Sheyana and Scott also joined forces with seasoned bassist Dan Jeffrey and the talented Beau Thomas on drums and formed The Sheyana Band. The Sheyana Band’s first EP produced an international hit – Keep the Change in 2015. While Sheyana was travelling to Sri Lanka to reunite with her father, Keep the Change hit the international charts and went to number six on the YESFM charts in Colombo Sri Lanka.

While travelling through her newly discovered second home of Sri Lanka and playing to new audiences, Sheyana’s passion for songwriting was ignited by the cultural ambience and her experiences in Sri Lanka, which led to her inspiration and completion of the award-winning album, Big Love. This album intimately reflects Sheyana’s young girl dreams of migrating out of the UK to Tasmania up until current times. Big Love sends a message to the listener…’ to live is to give, so love big.’

Sheyana continues to receive national and international recognition and airplay on playlists throughout America, France, Norway, Brazil, London, Germany and Netherlands and continues to rate in the top 5 on Sri Lankan playlists.

In between touring, performing gigs and writing songs, Sheyana is a resident “Between Ship” solo artist on the Spirit of Tasmania and takes bookings for pubs, clubs, music venue gigs, special events, weddings, corporate events and festivals 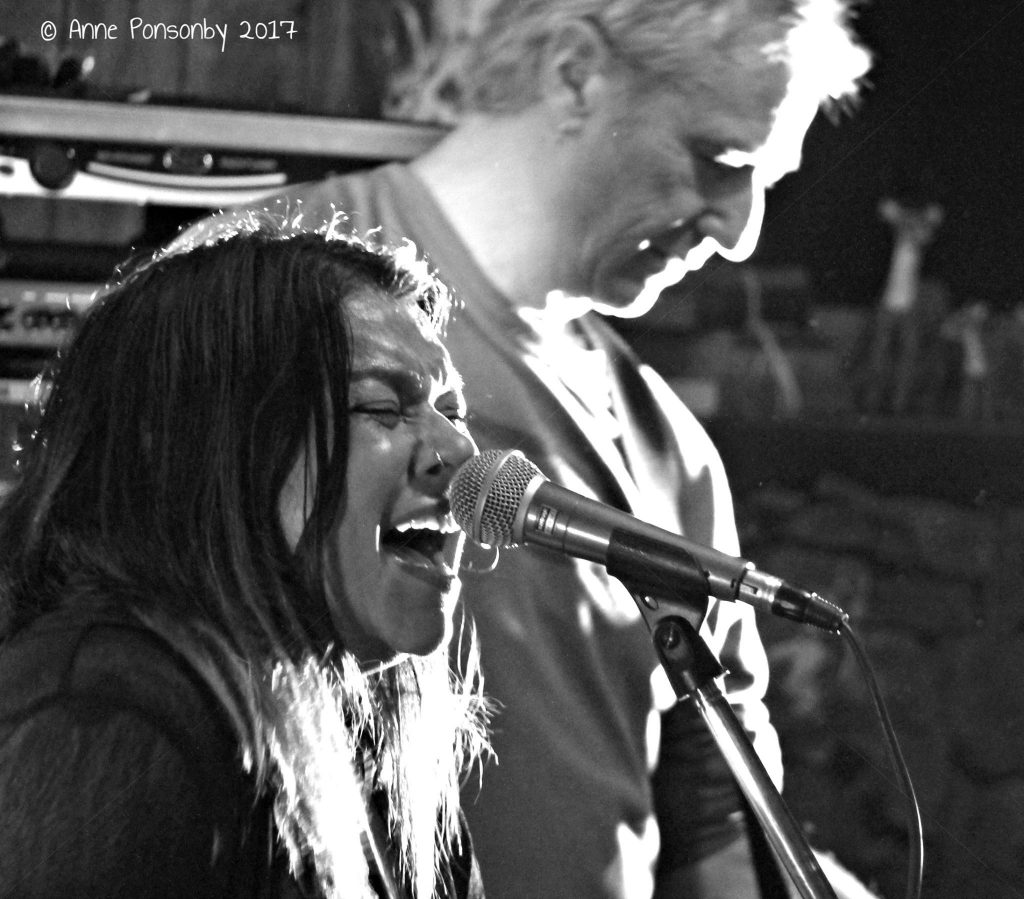 “We’re so stoked and honoured to receive The Chris Wilson Award 2018 for Emerging Act of the Year.” – The Sheyana Band.

“Winning the Melbourne Blues Appreciation Society’s Victorian and Tasmanian blues award is a much deserved and earned recognition of talent and commitment for The Sheyana Band. They are the only act from Tasmania to ever receive this award – Helen Jennings OAM from Melbourne’s PBS 106.7FM’s Roots Of The Rhythm.